A beautiful picture of a colorful creature shared online, especially via image sharing websites like Pinterest, comes with stories saying it is Nagapushpa (or Naga Pushpa), the Snake flower found rarely in the Himalayas. Some versions claim the rare flower grows in Himalayas only once in hundred years. No, the claims are not facts.

According to the curator of invertebrate zoology at the California Academy of Sciences, Gary Williams, most sea pens grow to between 5 centimetres to 2 meters in height. Moreover, a single sea pen like all corals can be looked at as a colony or as an individual with many mouths.

Nagapushpa is the Sanskrit word for Mesua ferrea tree (Nagakesara in Telugu language). It is also called Ceylon ironwood, Indian rose chestnut or Cobra’s saffron. Mesua ferrea (Nagapushpa tree) is a slow-growing tree named after the heaviness and hardness of its timber. It is cultivated for decorative purpose because of its graceful shape, young leaves and large, fragrant white flowers.

The Nagapushpa tree (Mesua ferrea) grows in the eastern Himalayas and Western Ghats of India, up to altitudes of 1500 meters. It is also native to wet, tropical parts of Sri Lanka, Thailand, southern Nepal, Burma, Indochina, the Philippines, Malaysia and Sumatra. It grows in evergreen forests, especially in river valleys. 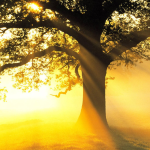 1 thought on “Rare Flower Nagapushpa Found in the Himalayas: Facts”